The largest electoral exercise in the world –17th parliamentary elections of India – concluded on the 19th of this month. The mammoth task was carried out over 39 days and in 7 phases to decide the fate of 543 parliamentary seats. At the time of writing, the first post-poll surveys have begun to make rounds in the media. According to these post-poll surveys, the incumbent Narendra Modi led NDA (National Democratic Alliance) is all set to return to power; the accuracy of these surveys remains to be seen. Regardless of which party takes power, it is vital we pay attention to what these elections mean for the world’s largest electoral democracy in times of fake news, and the resurgence of chauvinism in the realm of high politics.

A tale of two manifestos:

To understand any election, a comparison of party manifestos is always a good starting point. Before doing that, a general comment on how Modi’s tenure has been covered is in order. Observers from across the world dubbed these elections as a referendum on Modi’s tenure, and much has been written about the rising intolerance, vigilante violence, and crackdown on dissent during Modi’s tenure. Domestically, Modi was widely criticised for his demonetisation move, which sent the economy into a shock. Modi’s frequent travels abroad received their share of criticism as well for being useless, and also became a template for hilarious internet memes.

Coming to the manifestos of the two parties, both sought to cash in on political rhetoric and populist imagination. The manifesto of BJP read like a PR handout for its 5-year long tenure and sought to embellish its supposed tough stance on terrorism as the number one item on the manifesto titled ‘Nation First’. This section of the manifesto aimed to reinforce the rhetoric that India is continuously facing threats, both internal and external, by cashing in on the 14th February suicide attack in Kashmir, stoking anti-immigrant sentiment, and labelling social activists/dissenters as ‘left-wing extremists’. The manifesto also dedicated a whole section to what it calls ‘cultural heritage’, which shows the party’s intention to embark on a homogenisation drive in what is for intents and purposes a multi-national state. Lastly, the manifesto emphasised the aspect of development, and its aspirations to make India a global power by raising the issue of securing a permanent seat at the UNSC.

On the other hand, the manifesto of the Congress party appeared radical in contrast to its rival. The key pledges the manifesto emphasised were a jobs revolution, universal healthcare, end to hate crimes, increasing defence spending, among other things. However, a closer reading of the party manifestos reveals that they are more similar than they appeared, as Irfan Ahmad had also pointed out in his Al Jazeera article in 2014. Things have not changed on that front; both manifestos raved about the discourse of development, the need to counter cross border terrorism and promise to acquire a permanent seat for India at the United Nations Security Council (UNSC). On the disputed and politically rebellious region of Kashmir, both parties have pledged to take an assimilationist approach, albeit these approaches are phrased differently. The manifestos appeared to have been written for the consumption of India’s tech-savvy Anglophone middle-class, which over the years has become a site for the ideological fight between the right and the centre in Indian politics represented by the invocation of Ram Temple by the BJP and a hat-tip to tolerance by the Congress party.

Most of the pledges and promises the manifestos spoke of were absent from the speeches delivered by the politicians of the respective parties while on the campaign trail. The tenor of the election campaign appeared to be entirely divorced from the manifestos, more so from the Congress side. BJP, on its part, left no chance of polarising the electorate go begging.

Campaigning in the age of social media:

Political parties spent a staggering £3.8 billion in the 2014 parliamentary elections on election campaigning and other related activities. The amount spent during the recently concluded elections was almost double that and stood at £5.42 billion. A significant chunk of these funds was dedicated to digital campaigning over social media platforms, especially Facebook and Google ads. The massive spending on campaigning points towards the fact that elections in India revolve more around the spectacle of campaigns and are less dependent on what the parties have pledged in their respective election manifestos. Election campaigns in India are designed not only to entertain the audience, but also informally known to be opportunities to make a quick buck as audiences/voters are lured with promises of cash, liquor, and even food. It is hardly surprising that issues of critical importance for public policy are barely discussed on the campaign trail by the politicians in India. The recently concluded elections were no different.

Pressing matters of public policy were conveniently elided over by politicians in their campaigning and by the media in their coverage of the elections. Matters of public policy such as environmental pollution, rising inequality amongst different social classes, farmer crisis,   dispossession of tribal people from their lands were either wholly pushed out of the conversation or at best given half-hearted and short-lived attention. The issues that were highlighted by the media as the core issues of the elections were jobs and economic slowdown, and national security. Additionally, BJP’s muscular nationalism and its links to corruption have also been thrown in the mix by the sections of media sympathetic to the Congressi vision of India.

The move sought to project Modi as a politician with a clean image, with the interests of the poor at heart.

The discourse and rhetoric on the campaign trail from all sides was shrill vitriol and a public mudslinging competition. Election campaigning of the incumbent BJP revolved around a spectacle of securitisation and hyperbole. ‘Sacrifices’ of soldiers, surgical strikes inside Pakistani territory, and a right-wing brand of national loyalty were some of the continuously invoked themes throughout BJP’s election campaign. A BJP candidate even praised and hailed the assassin of Gandhi as a patriot. The polarising character of BJP’s campaign was further enhanced by a massively potent campaign of misinformation, primarily carried out through the messaging app WhatsApp. The party also undertook an ingenious PR campaign – led by Modi himself, when he added the prefix ‘Chowkidar’ (Watchman) to his Twitter handle. The move sought to project Modi as a politician with a clean image, with the interests of the poor at heart. While the move may not have succeeded in achieving that objective, it, however, succeeded in a far more significant way. The ‘Chowkidar’ move succeeded in shifting the focus of political discourse from serious political and economic issues to trivial matters of self-adorned labels; a trap Indian National Congress (INC) willingly walked into and remained caged in throughout the elections.

On the other hand, the election campaign of the Congress party from the beginning and throughout the election appeared to be interested in replicating the spectacular and entertaining model of campaigning, something the BJP seems to have perfected. The Congress party instead of sticking to discussing its manifesto pledges and making a persuasive argument as to why the voters should consider its manifesto succumbed to the tactics of the blitz, name-calling, and petty sloganeering. The President of the INC Rahul Gandhi repeatedly pointed fingers at the alleged connivance of Modi’s office in the mishandling of the Rafale fighter jet deal. Gandhi almost ritualistically dared Modi to debate him on the Rafale issue, beyond that Gandhi had no potent critique of BJP’s planned implementation of The Citizenship Bill and the National Register of Citizens, or its planned homogenisation drive at a national level. Gandhi appeared to be immensely pleased with himself for coming up with the ‘Chowkidar Chor Hai (Watchman is the Thief) slogan, which may have improved the acoustics of Congress election rallies, but miserably failed to project the Congress party as a viable alternative to the BJP – a development with far-reaching consequences for Indian polity in general..

An explanation of why Congress chose to ape BJP’s campaigning strategy, instead of forcefully putting forth its supposed ‘radical manifesto’ is that the policies that both these parties have pursued when in power since the early 1990s are qualitatively no different and are rooted in a neoliberal logic, which transcends the supposed divide of right and centre in Indian politics. Indian politics appears to have become a prisoner of what Marcuse called ‘liberal totalitarianism’, where the logic of neoliberal economic development has become the only acceptable and imaginable way to move forward. Neoliberal policies are unironically prescribed as the solution for problems whose roots lie in neoliberal thinking.

The failure of the Congress party and its allies to truly put progressive policies on the table and demonstrate the political will to pursue them forcefully has made a significant contribution in pushing Indian politics towards a dangerous trajectory. The legitimacy crisis of Congress has deepened in recent years to such an extent that the rhetoric of ‘If not Modi, then who?’ no longer sounds absurd, regardless of how frightening it is as a prospect. They call this the TINA; There is No Alternative.

The situation is exacerbated by the fact that India is not a democracy in the truest sense of the word; it is a ‘quasi-democracy’ at best if I am to use Larry Diamond’s terminology, i.e., India is neither clearly democratic nor [overtly] authoritarian. The rise of BJP in such a ‘quasi-democracy’ makes the prospect of a ‘reverse wave of democracy’ in India very real. Snapping of internet services, curbs on press freedom, vigilante violence, systematic undermining of educational institutions all in the name of protecting the ‘national interest’ appear to confirm the trend of reversal in India.

Idreas Khandy is a PhD candidate at Lancaster University’s Department of Politics, Philosophy and Religion 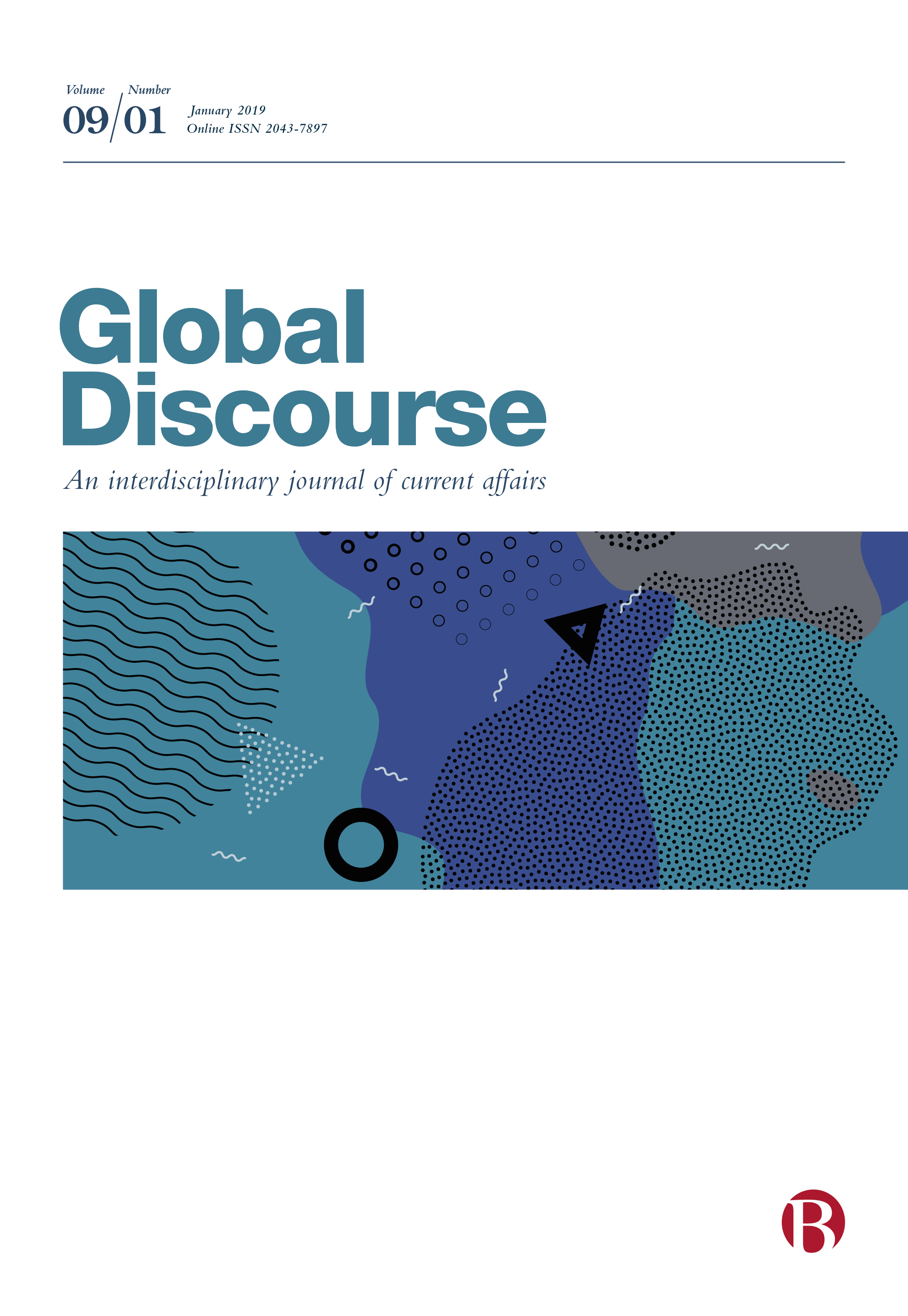